President Donald Trump signs the Tax Cut and Reform Bill in the Oval Office at the White House in Washington, on Dec. 22, 2017. (Brendan Smialowski/AFP/Getty Images)

The Tax Cuts and Jobs Act that President Trump signed into law in 2017 is putting stacks of cash back in the hands of the middle class. But it’s also producing another, less visible benefit for working Americans.

The new $10,000 cap on deductions for state and local taxes (SALT) created by the landmark tax reform is unleashing a new wave of competition among the states to create the most efficient and growth-friendly government.

Under the old system, states like New York and California were able to impose sky-high tax rates and expect the federal government to cover part of the cost when wealthy taxpayers deduct what they pay to state and local governments from their taxable income.

There was little incentive for high earners on Wall Street and in Silicon Valley to pack up their homes and business and set out for low-tax conservative states, because citizens in states with efficient, sensible tax rates were effectively forced to subsidize the free-spending ways of high-tax liberal states.

No more—it’s once again a free-for-all between the “laboratories of Democracy,” as the Founders intended, because blue and red states can now pursue their own policy preferences without artificial advantages for one approach over another.

Whichever states come out on top, the American people are going to be the real winners, as every state will feel more pressure to reduce wasteful spending and avoid onerous tax rates that might drive taxpayers—especially wealthy taxpayers—to seek out less hostile climes. It’s a fabulous, unexpected consequence of the 2017 tax reform law.

The only losers will be cities whose governments are completely dominated by Democrats, such as New York. Even though New York City has bullied the rest of New York State into enacting outrageously high-income taxes, city officials still need to take even more from their residents to pay for the city’s bloated, inefficient government.

New York and other liberal havens have already been struggling to keep their wealthiest residents from moving to states such as Texas and Florida, which impose no separate income tax on taxpayers, and with the elimination of the juicy SALT deduction from the federal tax code, they’re going to find it even more difficult to stanch the exodus.

This is bad news for residential property owners in places such as Manhattan, who have immense amounts of capital tied up in the world’s most expensive property market. It already seems to be having an effect, as the very priciest units in Manhattan, as well as San Francisco, are becoming harder to sell.

For just about everyone else, though, the cap on SALT deductions is having an unambiguously positive impact on the real estate market. As the overheated markets in vanity cities cool down due to declining demand for high-value properties, housing prices should become more affordable for low-and-middle-income residents. That should give working families, who can’t pack up and move to a low-tax state as easily as their wealthier neighbors, a better chance to get on the property ladder.

For all their glitz and glamour, not to mention their bloated budgets, Democrat-run cities have an intractable homelessness problem. As I discussed with Fox News’ Steve Doocy last week, building homeless shelters on Manhattan’s “Billionaire’s Row” is not the answer.

The real answer is for state and local government officials to enact sensible tax and regulatory policies that encourage job creation by existing businesses, incentivize entrepreneurialism, and attract new residents.

As the reforms made by President Trump’s Tax Cuts and Jobs Act really take hold, there’s going to be a lot more pressure on high-tax cities and states to do just that. Americans are already enjoying hefty savings on their federal tax bills, but the Trump tax cuts still have plenty more to offer.

RT @JackPosobiec: Just In: “We need to shut down the border completely, otherwise the entire southwest will be looking at a very scary from…
2.3K

RT @RichardGrenell: Let’s be clear: Democrats mock the South and rural America. They have disdain for religious people, the working class a…
2.2K

BlackRock: "A rewiring of globalization, with a bipolar U.S.-China world order at its center" Are you paying attention? https://t.co/cY5zmJbmtf
33 58

NEVER FORGET: #Cuomo ordered nursing homes to accept thousands of COVID-positive patients, leading to thousands of unnecessary deaths among New York’s most vulnerable. Then, he tried to cover it all up. https://t.co/swLcEX8ykr 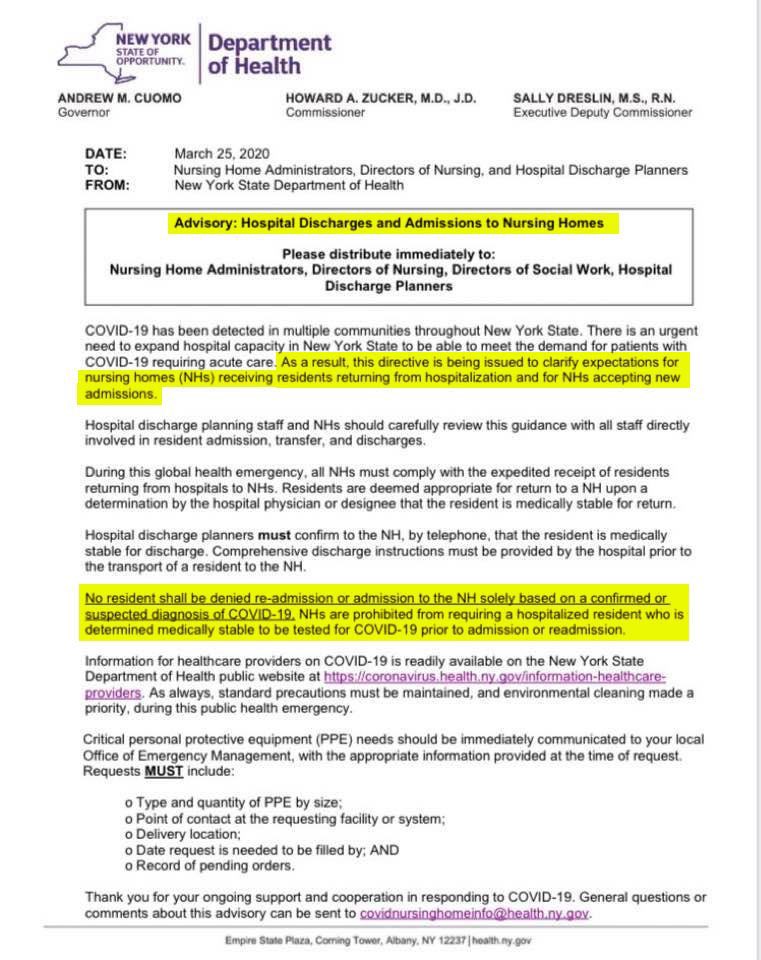