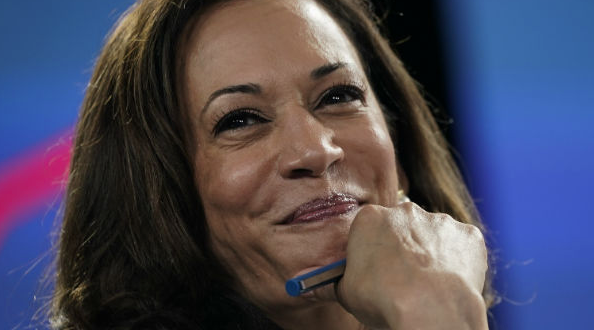 When it comes to finding a prospective running mate, Joe Biden has always had a soft spot for Sen. Kamala Harris, D-Calif. — her adeptness at the arts of political posturing, pandering, flip-flopping, and deception easily made her the second-biggest phony of the Democrat primary campaign.

And that was an opportunity that Biden — the biggest phony of them all — just couldn’t pass up.

From the earliest days of her presidential campaign, Senator Harris eagerly portrayed herself as someone she’s not. Keenly aware of the Democrat Party’s evolution on law and order — from its “tough on crime” stance during the 1980s and 1990s to its present anti-police rhetoric — Harris deliberately concealed and misrepresented her draconian approach as a California prosecutor in an effort to appease the radicals who now dominate the Party’s base.

“The status quo has been to determine and create policy around the idea that more police equals more safety. And that’s just wrong,” she said in a recent interview, praising Los Angeles Mayor Eric Garcetti for cutting $150 million from the city’s police budget.

“We’ve got to re-examine what we’re doing with American taxpayer dollars and ask the question: are we getting the right return on our investment?” she continued. “Are we actually creating healthy and safe communities?”

The implied answer to both questions, of course, is “No.”

But if there’s a problem with this country’s approach to criminal justice, then Harris bears a hefty share of the responsibility, having spent over a decade playing a prominent role in that system.

Unlike Harris the politician, Harris the prosecutor certainly didn’t have qualms about doing virtually anything to appear tough on crime. As California’s attorney general, Harris campaigned to keep inmates in overcrowded state prisons in order to exploit them as cheap labor, defended wrongful convictions, and even supported a push to imprison the parents of truant students.

During the primaries, however, Harris repeatedly attacked Biden’s record on everything from civil rights to immigration, arguing that the former vice president is not progressive enough for the modern Democratic Party.

Last May, for instance, Harris ripped into Biden’s record on criminal justice reform, blasting the 1994 crime bill that he helped author.

“That crime bill, that 1994 crime bill, it did contribute to mass incarceration in our country,” she said.

“It encouraged and was the first time that we had a federal three-strikes law. It funded the building of more prisons in the states.”

The following month, Harris questioned Biden’s record on civil rights, demanding that the former vice president publicly acknowledge that he was wrong to oppose busing as a means of integrating public schools.

“[I]t was hurtful to hear you talk about the reputations of two United States senators [Sens. John Eastland and Herman Talmadge] who built their reputations and career on the segregation of race in this country,” she charged, asking,“do you agree today that you were wrong to oppose busing in America?”

On the top of all that, Harris infamously declared that she believes the women who have accused Biden of sexual misconduct and inappropriate behavior, praising them for speaking out against the presumptive Democrat nominee. “I believe them, and I respect them being able to tell their story and having the courage to do it,” she said last year.

Of course, we can now deduce with a fair amount of confidence that Harris never really meant any of it — any principled person who truly believes that Biden is a serial sexual predator would never have accepted his offer to join the ticket.

But Kamala Harris is motivated by the quest for power and personal gain, not policy or principle. The same is clearly true of Joe Biden. The two biggest phonies in Washington are a great match for each other, but a terrible match for the American people.

RT @HansMahncke: Curtis Heide is the second FBI official who was directly in charge of the @GeorgePapa19 investigation who is now implicate…
126

RT @EpochTimes: The @FBI kept its agents in the dark about the fact that the allegations of secret communications between Trump and a Russi…
99

RT @RandPaul: “As part of this plan, the WHO has contracted Deutsche Telekom to develop a global vaxx passport system, with plans to link e…
5.6K