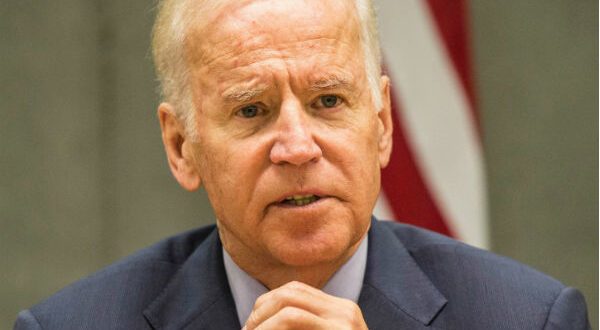 “Beijing Biden” was a flack for communist China way before the novel coronavirus slipped past Chinese censors to become the deadliest global pandemic in over a century.

Throughout Biden’s nearly 50-year career in Washington, D.C. the former vice president has consistently advanced the interests of the communist regime in Beijing.

Recently, the Trump Campaign ad made a major splash with an adwaves by highlighting Joe Biden’s close adherence to the Chinese government’s propaganda about the pandemic.

Long before he was accusing President Trump of “hysterical xenophobia” and “fear mongering” for imposing common-sense travel restrictions on China, soon after the initial outbreak of COVID-19, though, Biden was facilitating China’s rapid ascension to the status of America’s most dangerous and aggressive rival.

Worse, he and his family were benefiting financially from doing business with Beijing.

Although Biden has had to walk back his criticism of the president’s travel restrictions, he still refuses to even discuss China’s role in the crisis.

Perhaps that’s because Biden has been carrying water for China since his time in the U.S. Senate — something he forthrightly acknowledged in 2011 when he noted that ever since he was a young member of the Senate Foreign Relations Committee, he has believed that “a rising China is a positive, positive development, not only for China but for America and the world writ large.”

There was a time, not long ago in fact, that the idea of America being unable to manufacture its own drugs, protective equipment, testing supplies, and the other medical materiel necessary to combat a pandemic was unimaginable.

Today — that’s precisely the unenviable position in which we find ourselves.

Beginning around 1980, the People’s Republic of China was gradually elevated from a pariah in the global arena, subject to the same restrictions as the Soviet Union and other countries denying basic liberties to their citizens, to a dominant player in global trade.

Based on the faulty premise that free trade would inevitably lead to Chinese democracy and individual freedoms, establishment politicians such as Biden eagerly overlooked China’s abysmal human rights record and granted breathtaking unilateral concessions to the repressive regime.

First, our entrenched political establishment — of which Biden is today’s poster-child — granted China annual exemptions allowing Chinese firms to export goods to the United States on a “most favored nation“ basis.

Two decades later, Democrat President Bill Clinton made that status permanent, and then Joe Biden voted to ratify that move, paving the way for China’s entry to the World Trade Organization (WTO).

All of this was done despite the fact that China had done absolutely nothing to meet its supposed commitment to human rights after 1989’s Tiananmen Square massacre.

As a result, America’s trade deficit with China more than quadrupledover the next two decades, leaving us dependent on Chinese manufacturing in a way that was perhaps not apparent to most Americans until the coronavirus pandemic.

Donald Trump ran for president, if nothing else, on correcting this state of affairs and making America an industrial powerhouse again.

Joe Biden, on the other hand, has been in China’s corner the entire time.

As vice president, he served as the Obama administration’s point man on China overseeing a rapid acceleration in our rival’s rise to the status of a global great power.

Since then, he has fought tooth and nail to maintain the status quo of America’s trade relationship with China and slammed President Trump’s attempts at reform, even blithely dismissing the idea that China is a competitor.

And he did all of this, we now know, while his own family was trying to get rich dealing with China’s communist leadership.

His unqualified and unaccomplished son, Hunter, notoriously accompanied his father, who was then the vice president, on a trip to China aboard Air Force Two.

RT @elonmusk: @jonfavs I’ve just switched from moderate D to moderate R, as I think many independent voters have done. We will know the m…
1.1K

RT @themarketswork: Hi @elonmusk If you'd like to understand the Susssmann trial - and the crimes committed by the Clinton Campaign, our…
792

RT @RealSLokhova: #SpecialCounselDurham Opening Statement "The evidence will show that this is a case about privilege: the privilege of a w…
224

RT @thebradfordfile: Elon Musk did more in one day to expose Hillary Clinton's crimes than the corrupt media has in decades.
1.6K