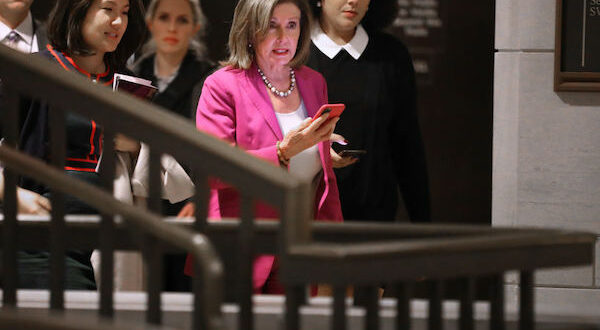 If you think the ongoing liberal outrage campaign over Iran seems disingenuous, you’re not alone — even many Democrat voters aren’t buying the politically-motivated criticism of President Trump’s foreign policy.

A new HuffPost/YouGov survey reveals that only 38 percent of Americans disapprove of President Trump’s targeted strike that killed Iranian General Qassem Soleimani, even though Democrat politicians and pundits have done their level best to convince people that responding to Iranian aggression puts America in existential danger. A 43 percent plurality of voters, on the other hand, approve of President Trump’s operation to eliminate the brutal terrorist, including a whopping 84 percent of Republican-leaning voters who stand behind the Commander-in-Chief.

The Democrats, however, are far less united in their opposition to President Trump than they have been on most issues over the past 3 years. Despite intense fearmongering by Democrat politicians and the media, nearly one-third of Democrat-leaning voters actually approve of the president’s decision to take out a terrorist who was responsible for killing over 600 American soldiers and was in the midst of orchestrating further attacks on our troops.

Even the liberal Huffington Post felt compelled to make note of the unusual discrepancy in voter responses, observing that Soleimani’s death was less polarizing than expected.

“Views are largely divided along partisan lines,” the publication wrote. “However, breaking from an often-seen pattern of polarization toward Trump’s actions, his supporters are more unified than his opponents…”

That’s because, unlike the president’s critics, the American people are well aware that the Iranian regime has long professed itself to be our mortal enemy, routinely carrying out illegal and unprovoked attacks against U.S. interests.

For the past 15 years, Soleimani led an international terrorist network that killed and maimed thousands of people throughout the Middle East, orchestrating terrorist operations that directly targeted American soldiers in the region. Even the wobbly-kneed Obama administration sanctioned Soleimani for attempting to carry out a terror attack in Washington, D.C. after officials foiled his plot to kill the visiting Saudi ambassador.

But that’s just the tip of the iceberg — the Trump White House also officially designated Soleimani’s Islamic Revolutionary Guard Corps (IRGC), including the “Quds Force” that Soleimani led, as a terrorist organization, arguing that the political branch of the Iranian military routinely uses terrorism as a tool of statecraft.

“The IRGC is the Iranian government’s primary means of directing and implementing its global terrorist campaign,” President Trump said last year, referring to Iran’s proxy terrorist armies that operate in countries such as Lebanon, Yemen, and Iraq.

Remarkably, many prominent Democrat politicians condemned President Trump’s foreign policy judgement, even as they acknowledged that Soleimani was a bloodthirsty monster. In their politically warped assessment, we should have let Soleimani keep killing and maiming American soldiers with impunity rather than risk upsetting the volatile Iranian regime. That’s not a foreign policy strategy; it’s preemptive surrender to an idle threat.

Socialist Senator Bernie Sanders and Representative Ilhan Omar, for instance, both accused President Trump of authorizing an “assassination” that could trigger a war in the region, while Sen. Elizabeth Warren fretted that killing Soleimani “escalates the situation with Iran.” House Democrats, moreover, are advancing a resolution that brands Soleimani’s killing as “provocative and disproportionate,” and even seeks to restrict the president’s ability to conduct foreign policy.

The American people — including a sizeable number of Democrats — don’t share the Democrat Party’s preposterous obsession with kowtowing to Iran. Unlike liberal politicians, voters know that standing up to the world’s tyrants is sometimes the only way to maintain peace and security.

RT @jimgeraghty: Well, I guess “Armageddon is coming” probably isn’t a great message for Democrats in the midterm elections. https://t.co/…
70

RT @DarrenJBeattie: We need the names of the Secret Service agents who "missed" the DNC pipe bomb
397

It takes hundreds of years to build a society. Minutes to destroy it. https://t.co/D7JclfNqJv
5 27

RT @willchamberlain: Again this guy will drag us into World War III if we let him Hey look I can edit a tweet, how silly
82