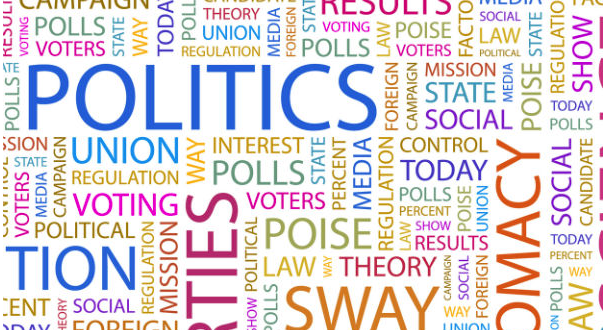 Democrats are in a far worse position today than they were leading up to the 2016 election.

For the past several months, left-leaning media outlets have been working overtime to make it seem as though the presumptive Democratic Party presidential nominee, Joe Biden, enjoys a substantial lead over President Trump.

This delusion is fed by mass-produced national polls that seem to confirm their political bias; but such polls are plagued by deep flaws in both methodology and structure.

The New York Times recently handed down a similar verdict, arguing that “New polls show Trump trailing Biden on the economy — and over all.”

The relatively preposterous notion that voters would give Biden higher ratings on the economy should have raised red flags about the validity of the polling, given that Biden helped to oversee the slowest economic recovery since World War II while President Trump orchestrated a record-shattering economic boom prior to the artificial coronavirus downturn.

The prospect of a double-digit lead also should have raised suspicion, given that the last presidential election featuring such a lopsided margin of victory was Ronald Reagan’s 1984 landslide, which took place when the electorate was far less politically polarized than it is today.

Of course, we’ve seen this all before — not too long ago, the same news outlets who now back Biden were claiming that Hillary Clinton was a shoo-in for victory in 2016.

Right up until Election Day, they gave Donald Trump virtually zero chance of winning against the Democratic nominee, treating their polling data as though it were all but infallible.

But the polls were wrong then, just as they’re wrong now.

The vast majority of national polls, for instance, continue to under-sample Republican voters, inexplicably assuming that the percentage of voters who identify as Republicans will shrink dramatically this year compared to both 2016 and 2018.

Most commonly-cited public polls also rely on samples of “registered voters,” rather than using the more reliable (and more expensive) method of surveying “likely voters.”

Moreover, the political climate has only grown more contentious since 2016, giving Trump supporters an even stronger incentive to conceal their true feelings from pollsters — a phenomenon widely considered to have played a role in the inaccuracy of so many polls in the last election.

Some sophisticated polling models, however, can provide a relatively accurate snapshot of voter attitudes.

According to a new survey published by the American Principles Project (APP) and SPRY Strategies, President Trump continues to perform well in many key battleground states, leading Biden in crucial swing states such as Michigan and Pennsylvania while running neck-and-neck with Biden elsewhere.

Notably, that survey incorporated a mix of likely voters who had voted in at least two of the past four elections along with voters who have registered since May 2018.

“It is clear from our polling that the reports of President Trump’s impending electoral doom are greatly exaggerated,” said Terry Schilling, the executive director of APP, noting that “while Trump currently trails in some battlegrounds, he also leads in several states where many political pundits have already written him off.”

Rasmussen Reports — one of the most highly-respected polling firms in the nation — also contradicts the polling narrative pushed by the bulk of the media.

Of course, President Trump also has another crucial advantage — the tremendous enthusiasm gap between his supporters, and Biden’s.

Polling aside, the Democrats also have to overcome the challenge of incumbency — they are running against a president who successfully orchestrated one record-setting economic recovery and is already getting started on a second, fulfilling his promise to bring new jobs and rising wages to American communities that had long been forgotten and overlooked by the Washington establishment.

Donald Trump did not have this record of achievement when he ran for office four years ago. Back then, he had little more than an ambitious policy platform that appealed to hard working, patriotic Americans eager for a restoration of American greatness.

Unseating President Trump will not be as easy as the mainstream media and their polls make it out to be.

As was the case four years ago, liberals are setting themselves up for massive disappointment by giving in to the temptation of wishful thinking.

RT @elonmusk: @jonfavs I’ve just switched from moderate D to moderate R, as I think many independent voters have done. We will know the m…
4.1K

RT @RealSLokhova: #SpecialCounselDurham Opening Statement "The evidence will show that this is a case about privilege: the privilege of a w…
244