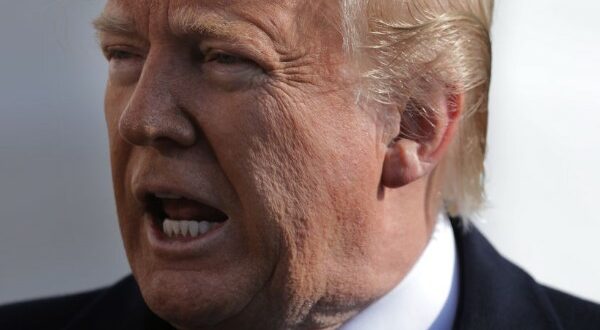 The mainstream media keeps the damaging secrets of their powerful allies from the public. Although protecting sexual predators is their specialty, they’ve eagerly extended the same courtesy to the rogue CIA analyst who gave Democrats the opening they were looking for to begin the process of impeaching President Trump.

In recently leaked footage, ABC’s Amy Robach claimed she was prepared to break a story on Jeffrey Epstein back in 2016. According to Robach, her own network stopped her from running the story, apparently to avoid crossing the powerful interests of the Clintons and the British Royal Family.

The revelation is just the most recent example of a legacy media outlet suppressing a story that could hurt its powerbroker allies. Over the past several years, we’ve seen numerous high profile instances of the mainstream media actively preventing open secrets from becoming public knowledge. Hiding the misdeeds of influential liberals such as Harvey Weinstein and former NBC anchor Matt Lauer, it turns out, was just the tip of the cover-up iceberg.

The identity of the so-called “whistleblower” who provoked the ongoing impeachment circus is apparently a well-known secret. Everyone in Washington knows who the whistleblower is, and yet the powers-that-be have issued a moratorium on disclosing his name to the public.

Democrats and the mainstream media claim they’re “protecting” the whistleblower, but anyone curious about his identity could find it with a basic Google search.

But as in previous cases, the media have a vested interest in letting the show go on. They don’t want details to emerge about the role Representative Adam Schiff played in orchestrating the impeachment farce, or about the part journalists have played in disseminating leaks fed to them by Democrat politicians such as Schiff.

There are also serious questions surrounding the alleged whistleblower himself that the Washington establishment appears desperate to avoid.

If, as some claim, the whistleblower was involved in the Obama administration’s shady activities in Ukraine — which included then-Vice President Joe Biden’s threat to withhold $1 billion in aid unless Ukraine fired a prosecutor looking into his son’s company — then it’s imperative that he be publicly cross-examined so that the public can assess whether his personal convictions motivated his actions.

The fact that he was removed from his role at the White House in 2017 for leaking information intended to be politically damaging to President Trump, and has also had unspecified associations with one or more Democrat presidential candidates, only reinforces concerns that he is a rabid partisan trying to take down the president. Public testimony is the only way the American people can even have a chance to discern whether he is trustworthy.

The impeachment proceedings would look much less like a partisan circus if the media subjected the whistleblower to even cursory scrutiny. Instead of doing their job and providing the American public with information that our own elected officials are keeping from us, however, journalists are actively participating in the Democrats’ politically motivated shenanigans.

The conspicuous media silence regarding the whistleblower’s identity is further confirmation that the press protects politically connected Democrats, no matter how heinous the accusations levied against them.

That’s not the mark of a free press, and the American people deserve better.

RT @elonmusk: @jonfavs I’ve just switched from moderate D to moderate R, as I think many independent voters have done. We will know the m…
4.5K

RT @RealSLokhova: #SpecialCounselDurham Opening Statement "The evidence will show that this is a case about privilege: the privilege of a w…
247

RT @thebradfordfile: Elon Musk did more in one day to expose Hillary Clinton's crimes than the corrupt media has in decades.
2.3K