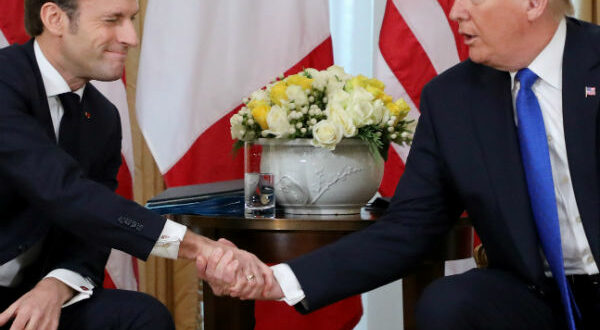 Before the ink was even dry on several groundbreaking new trade deals, the president was already negotiating the next wave of international agreements to further boost American prosperity.

Of course, many so-called experts once derided the America First trade strategy as fantasy, proclaiming that President Trump’s promise to fix the North American Free Trade Agreement (NAFTA) was unrealistic, and that his goal of striking a genuinely fair trade deal with China was unattainable.

“The United States has often used trade policy to try to coerce China into making political and economic concessions,” a professor of political science wrote in a 2018 Foreign Affairs essay, arguing that the president’s trade strategy was no different than previous failed U.S. attempts to reach an accord with Beijing.

But the naysayers have been proven wrong at every turn, with a growing list of revolutionary deals making U.S. producers stronger than ever.

The landmark U.S.-Mexico-Canada Trade Agreement (USMCA) — a deal that is projected to generate $68.2 billion for the U.S. economy while creating nearly 180,000 new jobs — is finally on track to replace the NAFTA disaster; though it took nearly a year for Congress to finally approve it.

Around the same time that Congress was ratifying the USMCA, President Trump also reached a breakthrough “Phase I” trade agreement with China, which includes a commitment from Beijing to purchase around $200 billion in U.S. exports.

“The agreement we signed today includes groundbreaking provisions in an area of critical importance to the United States: protecting intellectual property,” the president triumphantly announced, adding that the deal also addresses “forced technology transfer policies that can require companies to give away their know-how and trade secrets.”

In addition to Mexico, Canada, and China, the Trump administration has also negotiated significant trade deals with South Korea and Japan, taking advantage of every opportunity to improve conditions for American workers and businesses.

Even in the wake of these monumental accomplishments, President Trump is still looking for new opportunities to enhance our relations with trade partners around the world, announcing plans to sign new pacts with countries such as the U.K. and France.

“We look forward to negotiating a tremendous new deal with the United Kingdom, who have a wonderful new Prime Minister, who very much wants to make a deal,” Mr. Trump  recently declared at the World Economic Forum in Davos, Switzerland.

The president also recently agreed to a trade detente with his French counterpart, Emmanuel Macron, who agreed to suspend France’s outrageous tax on American tech companies in order to forestall retaliatory tariff increases. “Great discussion with @realDonaldTrump on digital tax,” Macron tweeted following the negotiations, explaining that “We will work together on a good agreement to avoid tariff escalation.”

Meanwhile, the Trump administration is already working on the second phase of the China trade deal, which will deliver even more economic benefits to American workers.

The Trump trade revolution is far from over. America has already secured some major wins, but there are still more victories on the horizon.

RT @elonmusk: @jonfavs I’ve just switched from moderate D to moderate R, as I think many independent voters have done. We will know the m…
4K

RT @RealSLokhova: #SpecialCounselDurham Opening Statement "The evidence will show that this is a case about privilege: the privilege of a w…
243